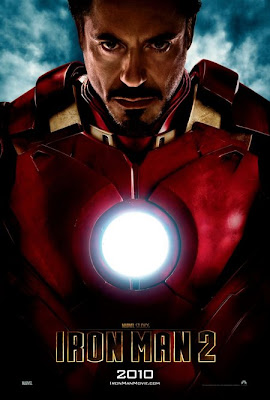 So I got to see Iron man 2 and in spite of what other critics might say, I give it two big thumbs up. Let’s do something really easy here and stipulate that this is not the first Iron man. That’s obvious you might say, well, for some people it’s not.

The first one was fun and entertaining and what not, so far all I’ve read about it it’s that it’s not like the first one. Well, DUH! That’s the first mistake a lot of critics do, they compare it right away with the previous one because it requires less thinking…way to go!!!

This one is very good on its own feet, I think that Jon Favreau (the director) is doing on hell of a job on this franchise, and leading up to ‘The Avengers’. Looks like it will be HIM the one directing it, so I’ll say: kudos to you Jon, kudos.

There are a million things for the fan in this one, more so that in the first one, they are too many to enumerate without spoiling the movie, but here’s one you can see in the trailer; remember back in the day when Tony traveled with the suit in a briefcase? Well, that’s in the movie, updated to today standards of course, but it’s there. What it’s not there specifically but you can feel it in spirit it’s the whole thing from “Demon in a bottle”, with Stark falling into a down ward spiral of self destruction because he becomes a drunk, something like that happens here and just like it happened in the comics it leads to the creation of War-Machine.

There is one thing I really want to rescue from here, there is a sequence with Iron man, nick Fury and the Black Widow (never referred to as such) in a donut store that transported me into the future and gave me a tease of what the Avengers will look like. I tell you this right now, the Marvel universe being more fantastic and unrealistic that the DC one works better on film than anything else around, when the Avengers movie hits the ground it’s gonna remove Avatar from the top spot in the history of box office, mark my words.

It’s pointless to talk about what the movie its about, they all do it, what we should talk about it’s about how well done it is, how entertaining it is and what an excellent follow up it is to the first one. I think that if you are doing movies about/adapted from comics, these two should be a sort of template for directors to follow, because dear old Jon here it’s taking something old and making it fresh and new, entertaining and exhilarating to new viewers and old fans of good ol’ shell head.

Long story short, go see it, enjoy it and stay all the way till the credits end, if you do there will be a little something for you.

Note: as I played the movie in the theater I work it was dubbed in Spanish, and let me tell you this, you can perceive that the movie its good, but missing the voices of the actual actors makes you loose part of their performance. In that aspect, the movie sucked big time, the work on the voices of the Spanish actors it’s lame to say the least. Wherever you are, whatever language you speak, do the effort and go see it in English. Right now for me the movie it’s a solid 7, I’m sure that when I watch it in English it will bump it up to at least an 8.5 or 9. ‘Nuff said.

Here is a little token of my affection, the first official picture released from the THOR movie and the poster of Captain America, in order the next two Marvel movies before we get to see all of them together in the same frame in 'THE AVENGERS' 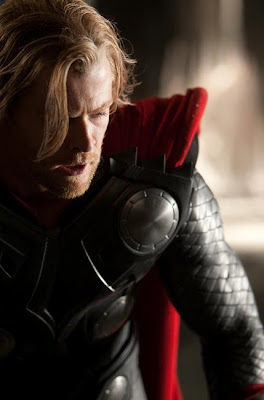 Chris Hemsworth as THOR, the god of thunder 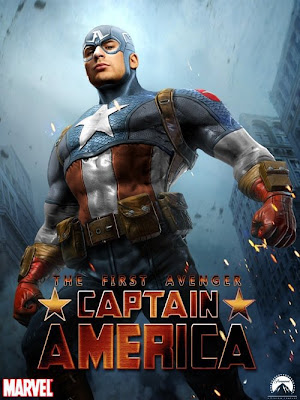 and Chris Evans as Captain America, the first Avenger.
Posted by Lisandro Di Pasquale at 12:43 AM