"How to survive working in retail #2" 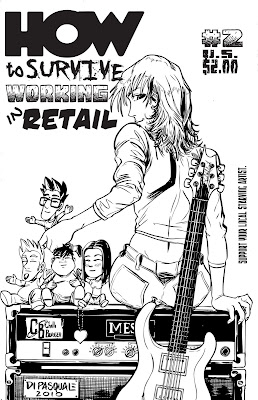 Right now you can look at it through Flickr, soon it will be available in stores such as Midtown Comics, Jim Hanley´s Universe, Forbidden Planet and more all along NJ and America. 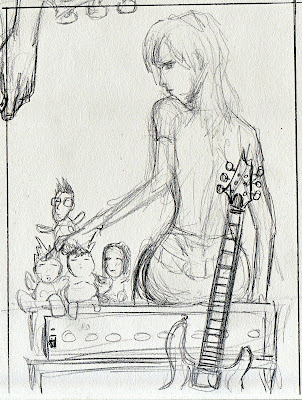 Make sure to ask for it and buy at least two copies to support this independent effort to make comics. 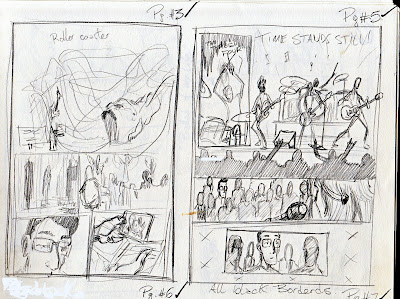 I hope you enjoy it when you read it and rest assured that there is more on the way, as I finish this I´m starting work on issue 3. 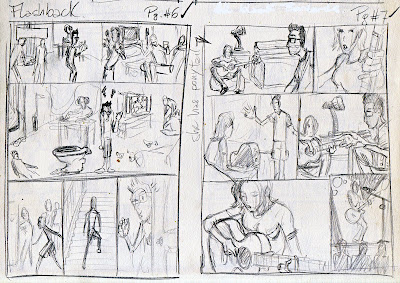 Thanks to all the people that shows interest and support us through all this. And specially to the readers for their patience. I really hope you enjoy it, we make it from our hearts ^_^

P.S: Here are some pics of my new studio in transition, it´s called "La cochambre" which roughly translates as "one hell of a mess" 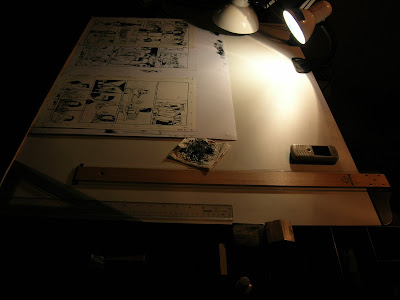 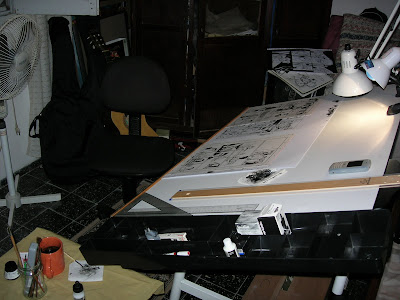 Thanks again, and as usual...
more to come.
Posted by Lisandro Di Pasquale at 12:28 AM 2 comments:

Smashing through the boundaries Lunacy has found me Cannot stop the battery...

Here´s a little something I came up with that I´m sure you can all relate to:

This is a self portrait that Martin made for me. In this thing of showcasing my friend´s art and talent It earned a place here. 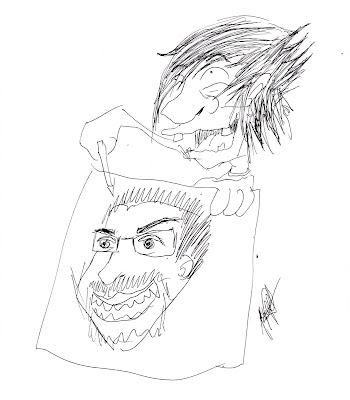 Like I always say--
More to come.
Posted by Lisandro Di Pasquale at 1:25 AM No comments:

Email ThisBlogThis!Share to TwitterShare to FacebookShare to Pinterest
Labels: about me, broken, comics, personal

Stores around the world #2

What can I say about this place? 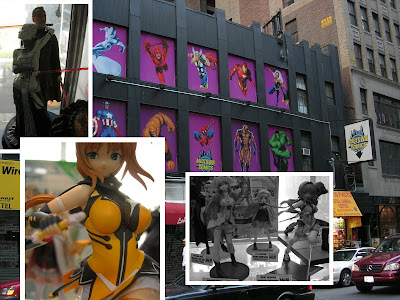 They have two locations in NY, Times Square (my store) and Grand Central, near GC station. They also have a massive store online @ midtowncomics.com.

Arguably the best store I’ve ever known. They have everything, toys, statues, back issues, new stuff, huge selection of trades, apparel, novels, adult stuff, DVD’s, I don’t know, you name it, they have it. Plus, they carry ‘How to survive working in retail’, so make sure to stop by and buy a copy. 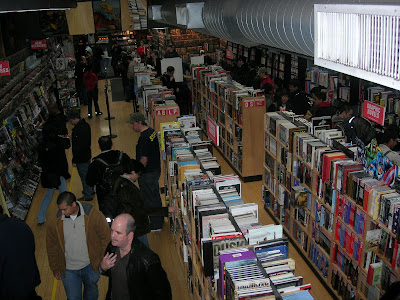 The attention is very friendly with a wide staff, that way if you ask something to someone and that person it’s not very into that he or she can point you towards someone who does. I love these guys, we spent hours and hours talking about comics, movies and the corruption of the world during both, working hours and lunch time. 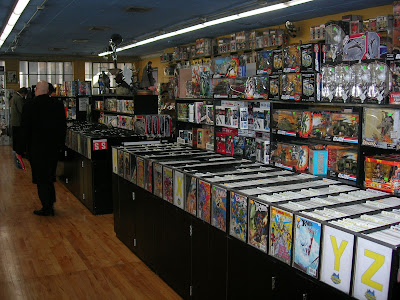 The Times Square store it’s bigger in size than the one at Grand Central, they have two huge floors, one with all the new stuff and the trades and another one with most of the back issues, toys and statues so there is room for them to have something that you might be looking and GC might not have at the moment. If this happens just make sure to ask a staff member and he can call the other store has it, they love doing this and will offer it to you in a heartbeat. 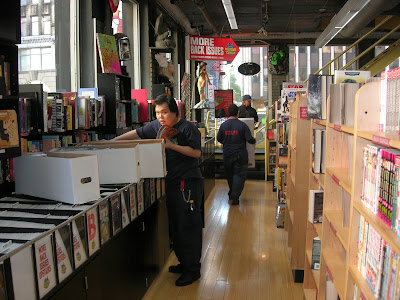 Prices are standard for American stores, but they also offer a free membership that works as a reward program. For every hundred bucks you spend in book they will give you 20 bucks in store credit on your next purchase. Be aware, this only applies in books, no collectibles or apparel, just ask about it at the registers when checking out. 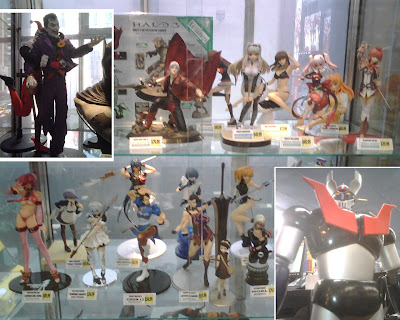 They also have signings with many creators all the time, just check the web site for updates on signings and possible sales. 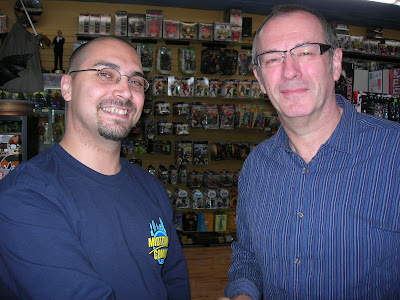 If you are wandering the big apple and don’t stop here you will regret it, also, when you are there make sure to go to the 3rd floor and say hi to my main man Bronko for me.
Posted by Lisandro Di Pasquale at 1:11 AM 1 comment:

Stores around the world.

Here’s a little something that I’ve been cooking for a while now. In my days of Globe trekking one of my main concerns when arriving to a new country was this one of finding a comic book store. This magical place where you go to get your fix, looking for that missing issue that has been killing your collection forever or to get a new and rare copy of any book in a foreign language. We all know how tedious it is to go somewhere and have no clue of the whereabouts of such places.

This was the mentality behind such an enterprise, and with time it became sort of a custom, something to do any time a new port was reached. This way I found amazing places, in locations such as Bermuda, the Bahamas, Stockholm, Oslo, Copenhagen, New Jersey, New York, Buenos Aires, Montevideo, England, Ireland, Spain, Pennsylvania and some more that right now might be slipping out of my memory.

In this trip I will show you a few pictures of the stores I visited in my journey, saying stuff, sometimes good, sometimes not so good, but always with the intention of giving a hand to the weary traveler in search of these places of magic, weird decorations and funky smells. Of some of the stores I don’t even have pictures, but from now on, every time I go somewhere I make sure to bring my camera to avoid such a thing.

So, without further ado, grab your boots and backpacks and follow me on this journey through ‘Nerdvana’ 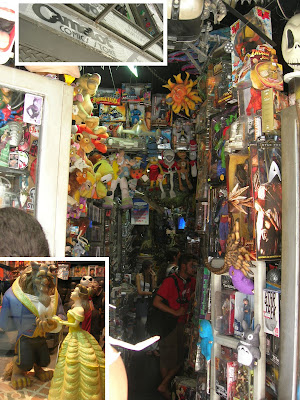 Undoubtedly the better stocked store in Buenos Aires, also the most confusing one. This one it’s on a gallery a few blocks away from the iconic obelisk in down town Bs. As. Also available online. 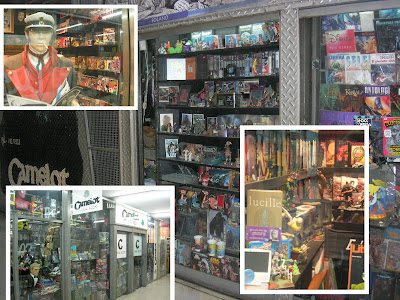 The layout makes it kind of a labyrinth, there is a central spot to purchase stuff and plenty of show rooms scattered all over the place. Here the idea is to go around spotting stuff and then getting to the sales place to request whatever caught your eye.

This process can be a little weary, the place is extremely hot during the summer, and it gets very crowded, moving room becomes a sought out commodity, so does air. The staff is friendly enough and they seem to have knowledge of the stock, but I’m sure that when the people start piling up and things get hot they use the same verse we all use when we are getting overwhelmed: “I don’t have it right now, maybe tomorrow”

Millions of books, comics (Spanish and English), all the toys you can imagine (new and VERY old), tons of manga and anime subtitled in Spanish by local fansubs, clothing and apparel, music CD’s, plushes, statues, everything. They even have a show room just for star wars collectibles, including a full size Yoda and a Band player from the Mos Eisley cantina. 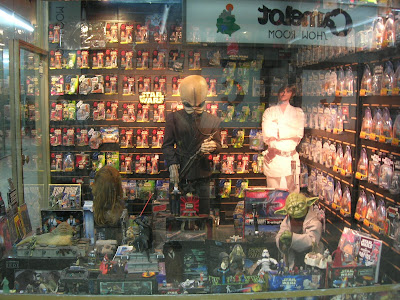 Prices are all right, with the same rule as before, be aware of the exchange rate before purchasing anything or you might get scared when paying.

If anything I will suggest to the owner to rethink the accommodations and give some more room to the sales floor, maybe move to a bigger locale that will help us costumers with room to move and see stuff and also when expediting product.

Make sure to stop by and say hi to Gerardo, the guy all the way in the back, behind the ‘police line’, he is the owner and believe me, he’s very friendly and will certainly appreciate your business. 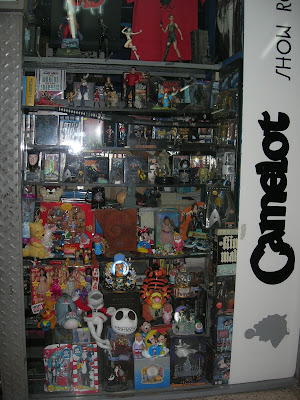 Go now, it might be out of business soon!
Don´t say I didn´t warned ya!!!
Posted by Lisandro Di Pasquale at 8:35 PM No comments: