Last night I was able to watch Avatar in a special showing. I’m not gonna tell you what the movie is about, as in the details of the story and the names of the characters and all that, you can find all that info somewhere else. My point is this, Cameron didn’t do anything since Titanic, like 12 years ago, or so, it’s the wait worth? 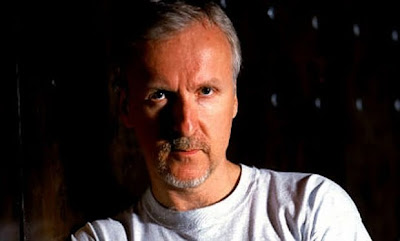 Is this the next best thing?

I’m not gonna lie, I was a little disappointed. I am a huge fan of James Cameron and everything that live in his little blue world. I was eager to see his latest ‘masterpiece’, or as the media puts it ‘the next best thing to ever happen to humanity’

And you know what?

I’m glad I did, so I got that out of the way. Now I can concentrate in movies that actually have meaning, ‘Up in the air’ here I come…

Avatar is just a visual feast running on steroids. I saw it in IMAX 3-D and all, and yet, It didn’t knocked me out of my boots. In a nutshell, it feels like going to church and being preached about saving the planet for three hours. The only difference is that here, things explode more often. 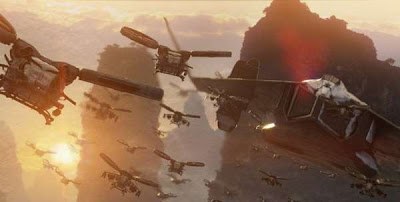 Yes, we are human, whatever we touch we destroy, we kill, we maim, we are materialistic machines driven only by greed, and we don’t have enough destroying our planet, we go around the universe destroying other people’s planets.

We go to Pandora, and because it has something shiny that we like we decide to kill everything in sight… and destroy the forest.

Cameron used Richard Taylor and all the people at Weta (the ones behind the effects on Lord of the Rings) to create an entire world filled with very weird and colorful creatures, the whole thing looks amazing, I mean, with this people involved that is a given, but still, it feels like a very nice looking egg with pretty much nothing inside.

It’s kind of sad for me to say this, but this movie feels more like a Roland Emmerich one, only with more money and talent.

Millions are going to watch it, the movie it’s gonna make a lot of money (although I doubt that it’s gonna cover the 300 million it cost to film) some people is going to hate it and some are going to love it. Hopefully most of us will walk out with our own impression and ideas about it after seeing it, and that is a good thing. 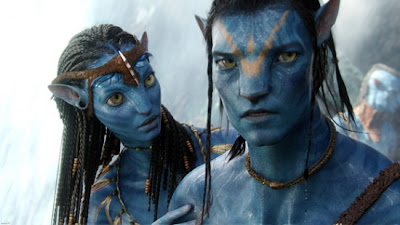 All I want to say is, if you are going to watch it, see it in IMAX, the difference it’s not gonna be too dramatic but at least the screen it’s bigger. If you are in doubt, let it pass, you can always watch it in DVD (it is going to look gorgeous in Blu-ray) in the comfort of your house, without paying 14 bucks a pop and the over priced candy, but it will still look good.

The rest, we can probably live without Avatar, the most expensive Greenpeace commercial ever shot.

Disclaimer: For those of you wondering. No, I'm not Roger Ebert, Axel Kuschevatzky, Guillermo Hernandez or even the ever lousy Jeffrey Lyons, but I like movies too and I'm not afraid to say what I think about them, if you don't like it, just don't read it.
Posted by Lisandro Di Pasquale at 10:24 AM

Well done Mutante! Now onto what Mr Ebert is saying. jejeje. I guess I'll wait for the DVD/blu ray version.

Wow- I loved Avatar. I can't stop thinking about it and I want to see it again. I loved all the connections in the story. I really thought that the Navi had it all together. They acknowledged their ancestors, they respected their environment, they were monogamous with their birdies, they prayed, they were healthy and alert- I fell totally in love with the critters.

I was one of the boobs that refused to see Titanic in the theaters because of all the hype..and then after I finally watched it 6 times at home- I totally kicked myself for not seeing it on the big screen.

I am SO glad that I saw Avatar because I am a cheap conservative who doesn't like to spend money, but I thought it was worth it and I can't wait to give them 10 more dollars and see it in 3D.

Hey, I'm glad you liked the movie, after all somebody has to. I'm with you, you have to see it in 3-D, IMAX if possible that's the only way to see it. And BTW, Titanic is an awesome movie, that's why I hoped for something better on this one. Happy new year to you too Ted.