Something I´m watching (or about to)

Let´s start with a brief disclaimer. I´ve never been such a big fan of David Finch. I´ve always thought that his style was ok. I mean, I can go for his baroque and sometimes over charged art, but he certainly doesn´t Rank in my top 10 of favorite artists, not even close. But if the guy can draw something like this, he´s ok in my book. 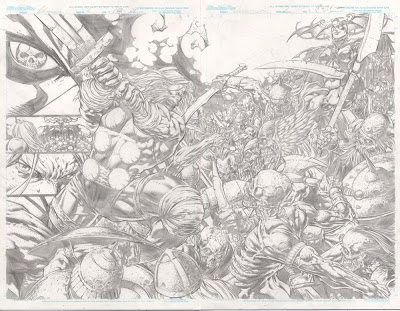 I´ve known his work since de Image days, going later to be milked away and thrown to super massive stardom at Marvel to his current affair with DC. He´s always been working on top characters and attracting a lot of people in conventions. The lines at his table were always huge, but so were the ones at Rob Liefeld´s. 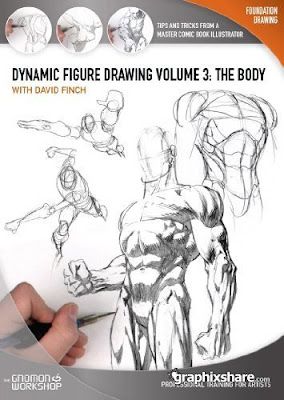 Dynamic figure drawing: the body with David Finch:
This is just one of many dvds he has made with the people at Gnomon Workshop. There are three more that I know of but this was the only one I could find with the links working. Here he show us how to draw the body accurately. It´s NOT and anatomy lesson, he just talks about the process of creating the figure and the methods he used to learn about the human body. It´s almost three hours long and it can get a Little boring from time to time, but it´s great to see what this guy can do. Not bad for a lefty. 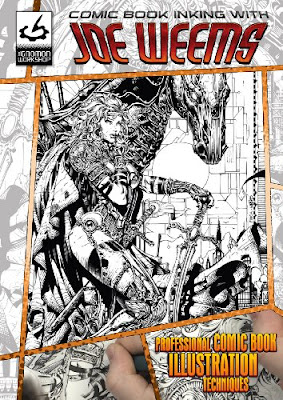 Comic book inking with Joe Weems:
This one is a follow up to another one made as a team with Finch and colorist Steve Firchow. Finch draws a picture, Weems ink it and finally Firchow colors it. This one is particularly good for aspiring inkers, Weems shows you the whole process and mind set he has to tackle such a piece. He shows you techniques and instruments to use while he talks about his experience in the field. 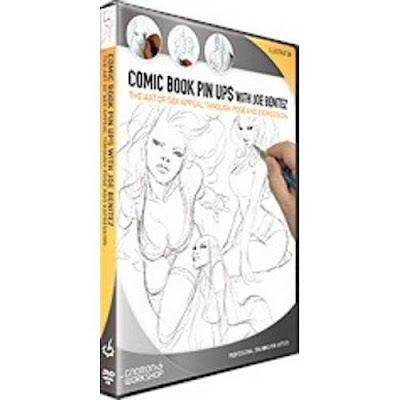 Comic book Pin-ups with Joe Benitez:
Benitez it´s now making a creator owned book called “Lady Mechanika” at Aspen, so that´s what drove me to get this one also. To be fair I haven´t watched it yet, but from what I can gather he expleains what to keep in mind when doing a pin-up illustration. Y´know, how to use the space, be dramatic and stuff.


All in all they seem to be very interesting for the comic book artist. Since I don´t have anyone near to talk about comics with this comes as the next best thing.

Now let´s see if I can find the one about inking from Tom Nguyen.

P.s: We are getting close to the blog´s second birthday, so I´m trying to work on something to celebrate. I also notice that the number of visits keeps increasing, but it still is the land of no comments. Will it kill someone to drop a line or two?
Posted by Lisandro Di Pasquale at 12:29 AM

Email ThisBlogThis!Share to TwitterShare to FacebookShare to Pinterest
Labels: about me, comics, comments, critique, rambling man